Electric heaters require a means of detecting airflow to avoid overheating. This was historically achieved by means of a micro switch attached to a paddle shaped plate in the airstream cut to size. Following this, differential air pressure across a flexible diaphragm was used. This method is still used by most manufacturers, sometimes in the form of a circuit board mounted pressure sensor. However, to use differential pressure sensing reliably, you need a sufficient signal either across a component in the duct or between the duct and atmosphere. This requires quite a large and good quality diaphragm switch to be correctly installed.

To further compound the problem, designers now require the ability to control the airflow during operation and so the sensor/switch will need to function with variable flows. As pressure follows a square law, halving the airflow will lower the pressure signal to 25% of its previous value, which is likely to turn off the switch and drop out the heater.

Neatafan have solved these problems by introducing the Micro Air Velocity Sensor (MEMs) as a means of protecting its electric heaters. This sensor can detect very low velocities and variations in velocity, in fact the controller must sample the output from the sensor to calculate the average velocity.

The velocity sensor signal is proportional to airflow, so in a duct with a velocity of 5m/s the airflow can fall to 25% before it cuts out the heater. 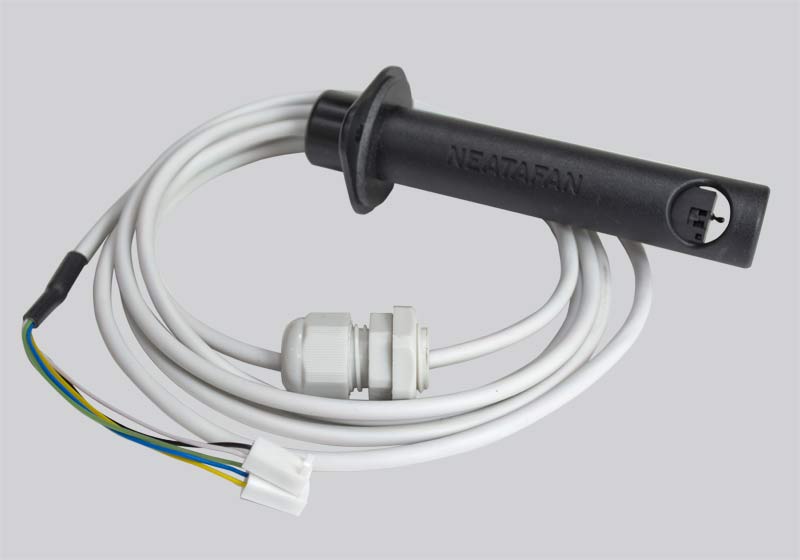